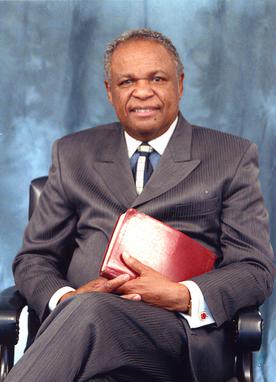 Dr. Jack Evans, Sr. is one of the premier evangelists of the Church of Christ. He currently serves as the President of Southwestern Christian College, located in Terrell, Texas, and is believed to be the longest-tenured college president in the nation.

Upon assuming presidency of the college in 1967, Dr. Evans helped to obtain its full accreditation as a two year junior college by 1973.  In 1982 the college began awarding four year (bachelor's) degrees in Bible and Religious Education.  Under his administration the college has remained fully accredited by the Southern Association of Colleges and Schools (SACS).

​Dr. Evans has spoken on all the major lectureships of Christian colleges and in special seminars and meetings on other college campuses.  He conducts gospel meetings and crusades in the churches of Christ throughout the nation and has participated in a number of religious debates.

Dr. Evans is an educator, an author, a family man and, above all, a Christian.

He is several years past his golden anniversary to Patricia Officer Evans and to this union they have three sons, Jack, Jr, Herbert, and David.